In September/October I had just over 3 weeks in the US, visiting New York (holiday), then Stowe, Vermont for the Writers Lab, Long Beach California for the Cambodia Town Film Festival, and finally a week in LA. But first…

The Morning After has made it to the FINALS of the PAGE Awards! Huzzah! We find out this Monday, midday PDT – which is 6am Sydney time (yawn!) who made the top three in each of the categories. I am not a morning person, but there is an online cyber-awards ceremony, so who knows? Maybe I will don a tiara, and pair it with my snuggly robe, as it’s still so cool here in Sydney in the mornings. 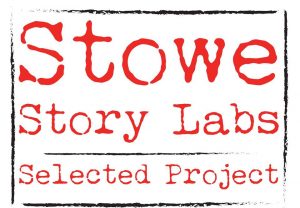 I got to  the New England area for the first time ever – and it was a cool relief after the relentless heat and humidity of New York!

I somehow escaped reading that the Fall lab is all about pitching. Yes, we had sessions on other ‘craft’ things like theme, and practical things like lookbooks, but the main focus was pitching. And so, I get there first day and learn I have to pitch my pilot…without having worked on the pitch!

My two first pitches on Day One went ok considering, but one of the mentors was tougher on Day Two and I felt a bit discouraged. Time was limited to actually work on the pitch within the program (it meant not doing the post-dinner socialising!) But there’s nothing like that feeling to propel you to action, and I carved out some time on Day Three to work on the structure of my pitch, and practice it quietly in a coffee shop in town before my pitch session later that day.

Well, the last two pitches went REALLY well! AND one of the biggest highlights for me was getting to pitch for Emily Best of Seed & Spark. She was very encouraging and had some helpful tips, and my final pitch to Anne Hubbell of Tangerine Entertainment finished on a good note.

(This refers to remembering the thing you love about your script, whether series or film idea. Pitching can end up being like hard work as we strain to remember all our points, and so remembering the joy is a way to release yourself from that).

Aside of the pitching and the sessions, it was wonderful to rub shoulders with so many other passionate writers, and the mentors who have been in the industry for many years. So motivating to hear others’ stories, and see connections take place.

In one case, a Stowe participant had a short film which had done the rounds, but not made it into Sundance – and one of the mentors, who’d really liked the writer’s pitch, promised to drop a note to a Sundance contact to see if the film might be reconsidered. Top stuff! (Although, it made me wish I’d worked on turning my short film into a short series, and pitched it there, instead of my pilot!)

I’d recommend the lab to anyone – especially if you’re within the US. Even with the partial scholarship it was pretty expensive for me with the aussie dollar being so bad at the moment, and with international flights, accommodation etc to factor in. That said, I would SO do it again, and would like to get to one of the Spring retreats where you work on the script – but as it’s invitation only, I’ll have to wait and see on that one!

It was lovely seeing my short film on the big screen once again – and be welcomed by the Khmer community in Long Beach (including a 60’s theme night, see pics below). 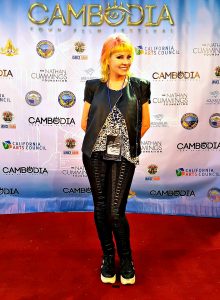 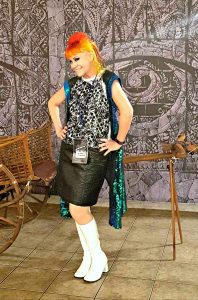 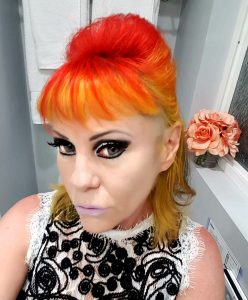 What a top surprise when Angelina Jolie showed up, after we’d heard from actress Ellen Wong – as a patron of the festival, she had watched all the films – including mine!

I also have to say, I just LOVED Long Beach as a place. The mild weather, the beautiful palm trees, the sea breezes at night, the chilled-outedness. It’s a lot more liveable than LA, to me.

I managed to catch a few SUPERB events while I was there. Wednesday I got to see and hear Westworld’s Jonathan Nolan and Lisa Joy talk about the show – fantastic! They stayed around afterwards to chat – like, just inches away. I was a bit star struck.

Thursday I went to my first Third Thursdays with ISA, the LA edition – and met more passionate writers and people in the industry! I certainly felt that if one were to live in LA sometime, there’s a community here to support you.

Saturday was a panel that was part of the LA Film Festival, Coffee Talks with Screenwriters. It featured:

Hearing their stories, how they broke in, what their strategies, failures and successes were, was so inspiring. Actual people, in front of me, who are working writers today. That’s the beauty of LA, right there.

The Morning After is an official selection and will be screening at:

And the film is a semi-finalist at the Sydney Indie Film Festival.

And that’s enough news for now!